This is Part 3 of the 4 part trip diaries to Kolhapur.

Sometimes unplanned destinations during the trip can produce unexpected and wonderful results. Its often easy to get lost when you are new to a place. It is scary but then at the end of the day if you are treated to a wonderful sight that fills your soul, then who would mind getting lost?

I reached Kolhapur City from Panhala fort at 4 pm and was looking to tick off my next destination on the list – The Rankala Lake. I was given proper directions by the ever friendly locals (The people of Kolhapur are one of the best that I’ve ever come across. Ever ready to help and always approachable). In my eagerness, unfortunately, I took a wrong turn and landed myself in front of small building. Getting lost in a unknown city can scare you like hell. I decided to get some help. On entering the building, I came to know that there was a museum inside the building which had some old artifacts and relics. I had some time and so decided to have a look around.

Located in the heart of the city, just a few minutes walk from the main bus stop, this museum is managed by the Govt of Maharashtra. This stately neo-gothic structure built in 1872-76 by Charles Mant is a museum displaying artifacts from the Satavahana period discovered in excavations at nearby Bramhapuri Hill.The Town Hall Museum has been recently renovated. There are seven corridors or dedicated galleries for various archaeological relics- metallic artifacts, sculpture, ivory filigree and sandalwood work, weapons, paintings, old coins and individual images photos. Information and photos of historic monuments, places, customs and traditions of Kolhapur city are also on display in this museum.

Photography inside the museum was not allowed. I was not aware of this and clicked some pics before the caretaker asked me not to take the pics.

After spending some time at the museum, it was time to proceed to the last destination for the day.. The Rankala Lake or the Rankala Chowpatty.

The Rankala Chowpatty – The Marine Drive of Kolhapur

After stopping for a quick bite at a Udupi hotel, I proceeded to my next destination. Guided by the locals on the way, I reached Rankala Lake right on time to capture the setting sun which was on its way down after a busy day.

Located on the western side of the Mahalaxmi temple, this is a 30 mins walk from the temple. The lake is so called because of the temple of Rankabhairav at its center. The lake is believed to be connected to the well in Panhala Fort.

Prior to the 8th century this historical place was just a stone quarry. In the earthquake which took place sometime in the 9th century some natural structural change took place in the quarry. Water started accumulating in this quarry due to opening of an underground source. This accumulated water is today’s famous Rankala Lake. This historic lake has a temple with very big Nandi. As per Hindu mythology Lord Shiva uses Nandi for traveling. It is believed that this idol of Nandi moves about a distance of a single wheat grain towards the lake and back about a distance of single rice grain daily. It is also said that when this idol reaches the lake the whole world will be destroyed.

Just like the Marine Drive of Mumbai, Rankala Chowpatty is frequented by people to catch fresh air after a hectic day. The lake has pathway and sitting arrangements around its banks. Many street side vendors sell mouthwatering snacks like Bhel Puri, Paani Puri etc. Other activities along the site include boating and horse riding.

It was almost 8 pm and time to headback to the hotel. It was a rejuvenating day but at the same time very tiring too. I took a rickshaw back to the hotel. On the way, the rickshaw driver gave me some more locations to explore and offered to take me there.

I reached the hotel and had dinner at the in house restaurant and headed off to my room for a sound sleep, planning to head off as early as possible the next day. I was so tired that I slept the moment I hit the bed. It was a pleasant night’s sleep which was much needed as I was on the move non stop.

A new day was waiting with lot more places to explore and new experiences to be gained. More about it in the last part of Kolhapur diaries. Hope you have enjoyed reading. Please leave your comments and Feedbackss. Meet you soon. 🙂 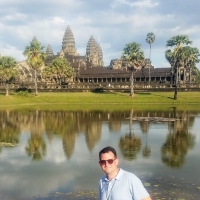 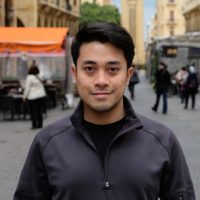 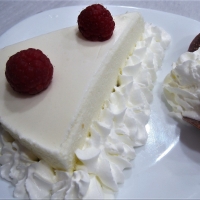